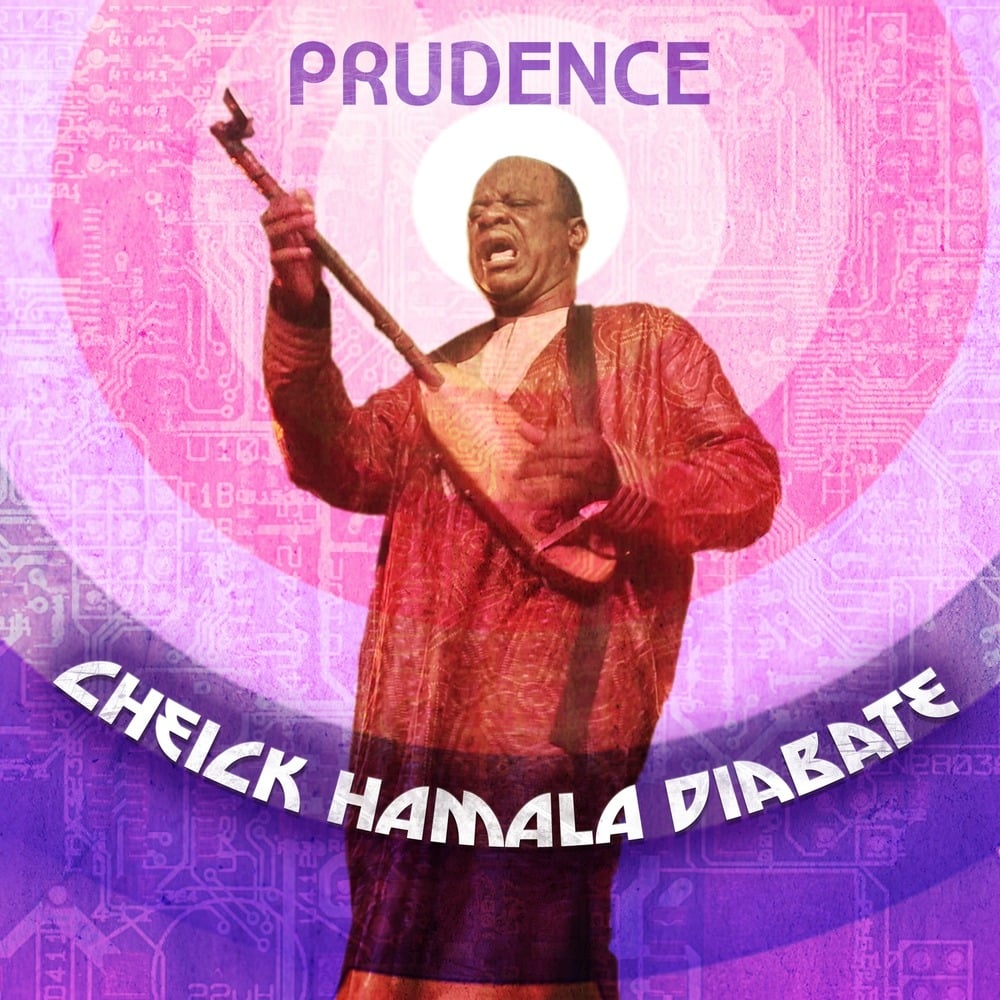 Master griot from Mali-Cheick Hamala Diabate-gets ‘mixed-up’ by some of the finest purveyors of groove on the planet-NYCTrust * The Whiskey Barons * Daytoner * Jon Kennedy-who give their own unique spins to a Cheick Hamala Diabate original-’Prudence’-with the the addition of DC’s Sol Power All-Stars remix of another original ‘Fatou Kounkoun Sissoko.’ Destined to become a world-class burner-’Prudence’ highlights an ancient-to-the-future aspect of Cheick Hamala’s breadth as a genre-bending experimental artist who has one foot firmly planted in tradition and roots but also a keen focused eye on the limitless possibilities of cross-cultural exchange via global collaboration with artists outside of his legacy as a griot.

Cheick Hamala Diabate is a musician and a historian in the West African griot tradition from the Republic of Mali. Born into a griot family in Kita, Mali, he absorbed 800 years of Malian history and from a young age he learned to play the ngoni- a stringed instrument related to the American banjo-for which he is recognized as a world master. Now based in the cultural crossroads of Washington DC, where he teaches and represents West African culture, Cheick Hamala continually pushes beyond the boundaries of tradition-collaborating and experimenting with multigenerational musicians, producers and incorporating electronic technology into his music. He’s hobnobbed with American string and Blues legends—from Bela Fleck to Corey Harris and is not afraid of running his ngoni or American banjo through a wah-wah peddle with some delay effects. His music embraces the panoply of sound he discovered in America, taking him into sonic realms beyond borders.

Dusty Groove writes "Afro grooves galore – all taken to rich new territory in the hands of a few contemporary mixers! The set's based around a core track – "Prudence", sung and played by Cheick Hamala Diabate – with great work on ngoni in the lead – a hip stringed instrument that dances around with tremendous energy over raw percussion! The remixes augment the approach in a number of different styles – and often find ways to unlock a different sort of charm in the tune – sometimes by amplifying rhythms, sometimes through more subtle means. The set features the main version of "Prudence" by Diabate, plus mixes by Whiskey Barons, Jon Kennedy, Daytoner, and E's E NYC Trust – as well as the track "Fatou Kounkoun Sissoko (Sol Power All-Stars mix)""