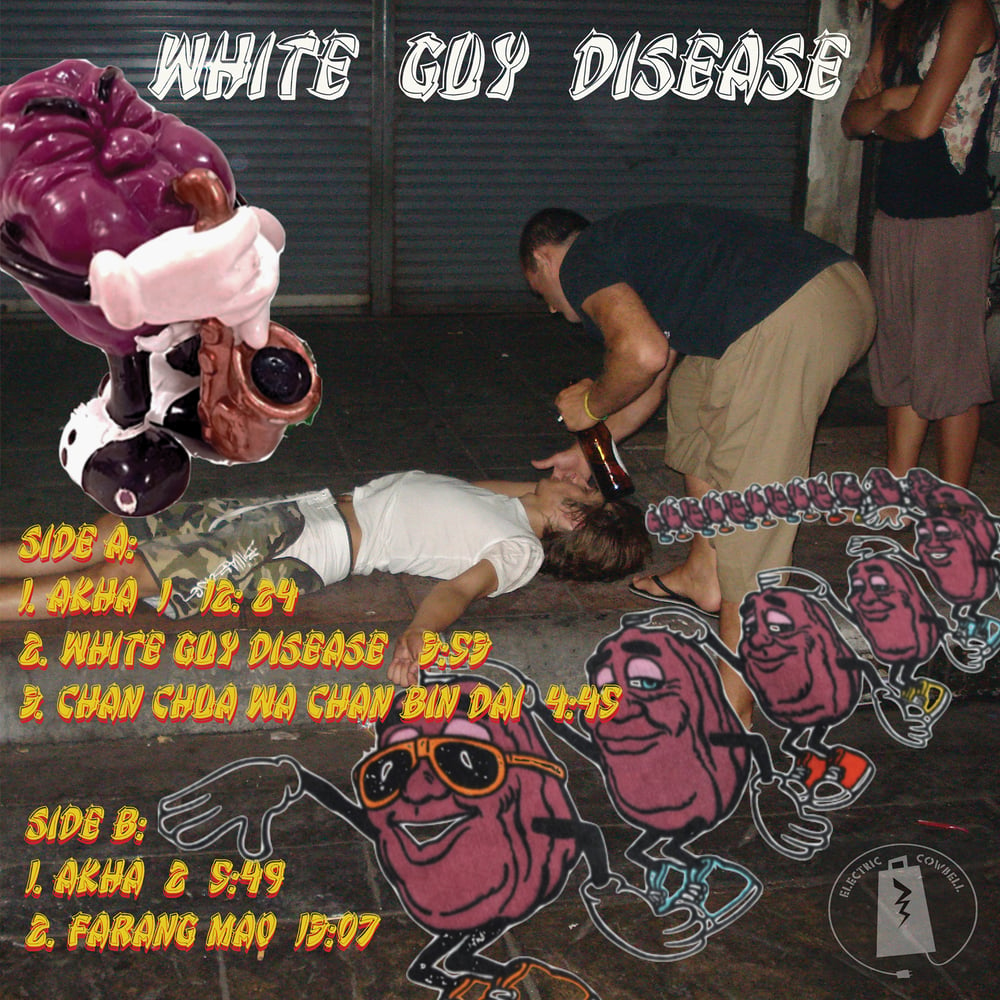 Drunken Foreigner Band is a Brooklyn-based ensemble that makes a sprawling electrified iteration of the Akha and Lam Lao musics of Thailand and Laos. The majority of the band's music was learned from cassette tapes of the largely-vocal music traditions, gathered by keyboardist Dave Kadden on his trips to Southeast Asia. Comprising members of Sunwatchers, Invisible Circle and other experimental Brooklyn outfits, they are releasing their debut LP "White Guy Disease" on Electric Cowbell Records and we're over the moon about it!