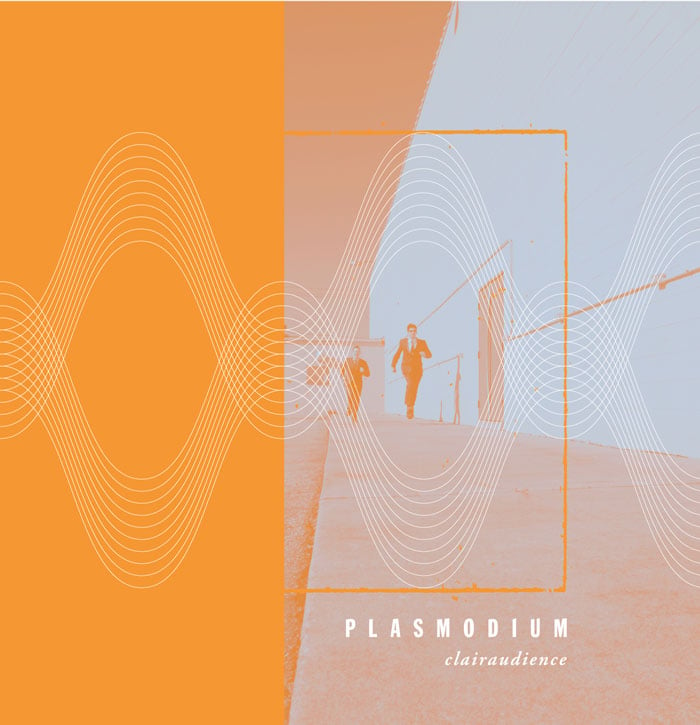 Originally released on the Richmond-based label Dry County in 2004, the 10th anniversary reissue of Clairaudience for Electric Cowbell Records has been remastered for a more optimal listening experience.

This Is I.S.A.R. (Investigative Sonic Apparition Research Laboratories) So begins a sonic journey that leads listeners through a series of sound-surveillance portraits of sonic apparitions channeled in Plasmodium's sound lab. The concept is set against a neo-crime jazz backdrop with a dizzying array of drum loops, keyboards, electronically manipulated trumpets, hard-boiled voiceover, robot voices, and found sound. Paranormal sound investigators, Bobby Pinz and Paylord St. James, employ the psychic phenomenon of clairaudience to receive messages through music from other frequencies and realms.

Veterans of the Virginia music scene centered around Richmond and Charlottesville, the members of Plasmodium had an interesting provenance: Bob Miller played with the salsa orchestra Bio Ritmo, while Jim Thomson drummed in the 80s for the Mad Max-ian, nuclear mutant hardcore outfit GWAR and spaz-psych instrumental rockers, The Alter Natives, who released several records on SST Records. The group played a handful of shows in art galleries and performance spaces in Richmond and Charlottesville, Virginia during their brief career between 2000-2004, with one sound installation at the Rencontres Internationales in Berlin in 2004.