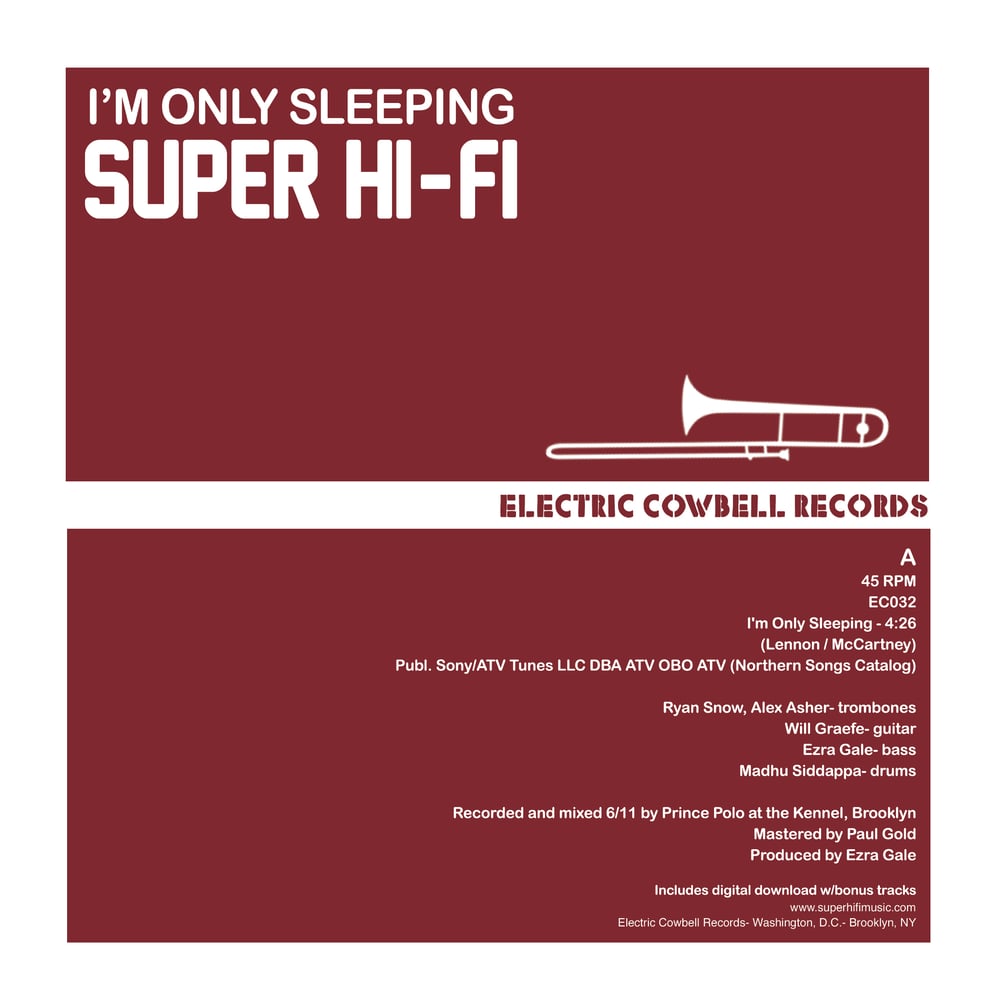 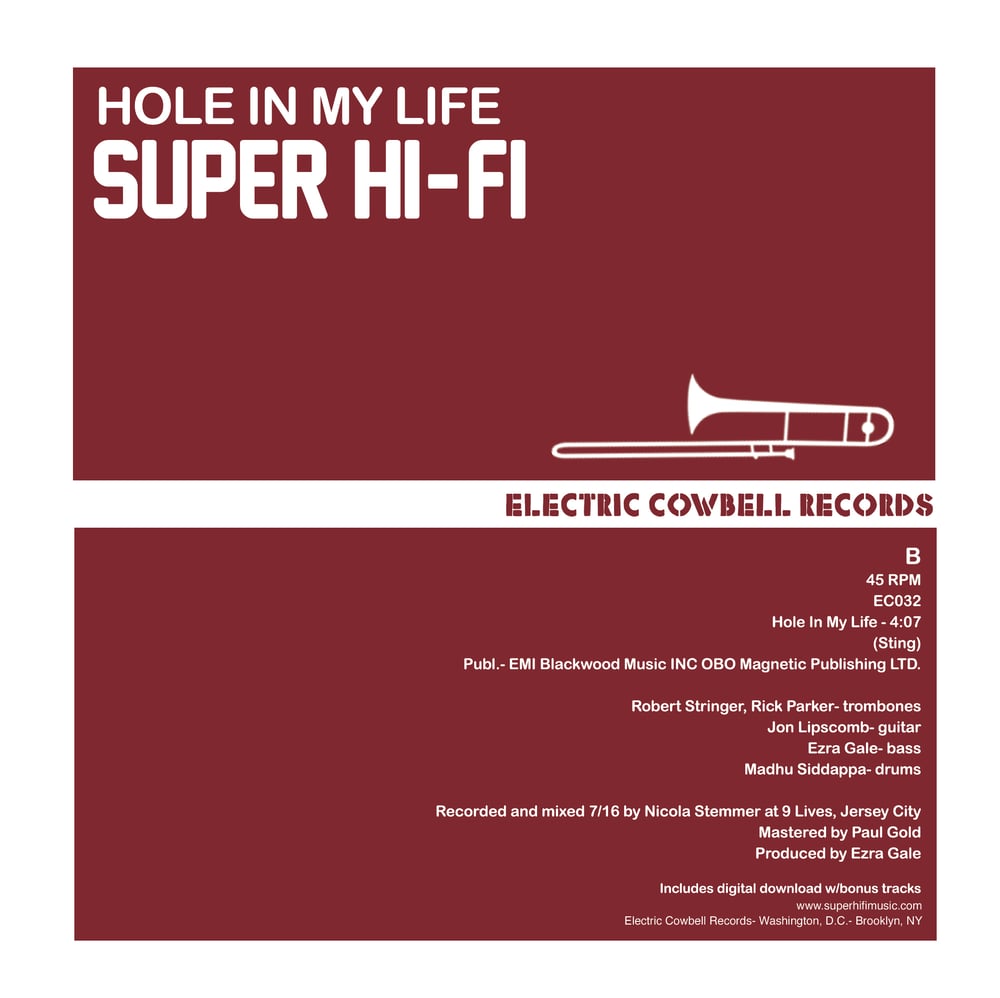 This double-sided burner features the trombone-heavy underground Brooklyn supergroup (whose members have played with everyone from Beyonce to Bill Frisell to Donovan) tearing through deep, dubby and radically altered versions of the Beatles and Police classics. Recorded, mixed, and pressed to vinyl from analog tape and never before released, each side is a revelation. "I'm Only Sleeping" hands Lennon and McCartney’s classic melody and backing harmonies to the trombones while guitarist Will Gaefe (Star Rover) threads his own backwards-tape solo, and "Hole In My Life" explodes from few improv into a luscious bass-heavy groove with searing solos from guitarist Jon Lipscomb (Whoarfrost) and trombonist Robert Stringer (MAKU Soundsystem).