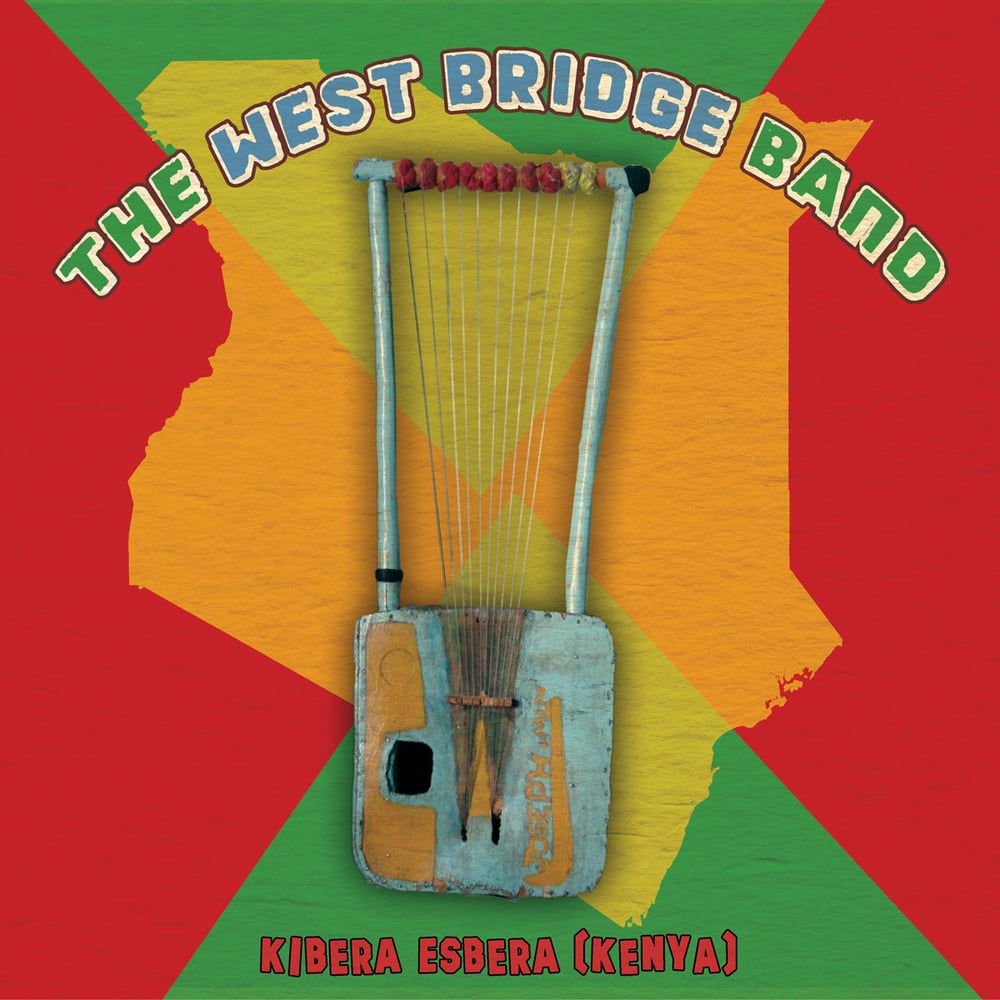 Hailing from the Luhya Tribe, The West Bridge Band is a four-man band led by Wamalwa Lusweti, who builds and plays the Litungu, a nine-stringed instrument that he invented. They live on the edge of Kibera, the world’s largest “slum” where open sewage runs along the streets and one must be careful not to be struck by “flying toilets” (the practice of flinging one’s own waste asunder in a plastic bag after dark as a means of disposal). Over 2 million people reside there. With the population swelling daily, the district stands in sharp contrast to the tourists who visit Nairobi to go on luxury safari outings. At night, Boda Boda motorcycle-taxi boys, high from chewing Mira weed, often string rope across intersections, fishing other riders from their bikes and then robbing the fallen and, in many cases, killing them for sport. This record was recorded in a tiny single room by Grammy award-winning producer, Ian Brennan, where the band leader’s entire family lives. It is smaller than the interior of many American cars, and without a kitchen or bathroom. They jerry rig electricity illegally through a ramshackle of wires cut into the city’s grid. The band subsists by playing traditional Kenyan music from other tribes to entertain tourists. They change costumes for the different numbers with few in the audience seeming to realize that it is the same performers over and over again rather than a rotating cast of ethnic characters. In the off hours, the musicians live a grim reality, hawking the instruments they build and penning songs such as “The Rich” and “Sadness”. Few of their compositions are more telling though, such as "I Will Not Lose Faith In You.” This album was previously only available as a special limited-edition Record Store Day release for Record Store Day, April 2015. Full-color jacket and includes download card. Limited edition 475 copies.