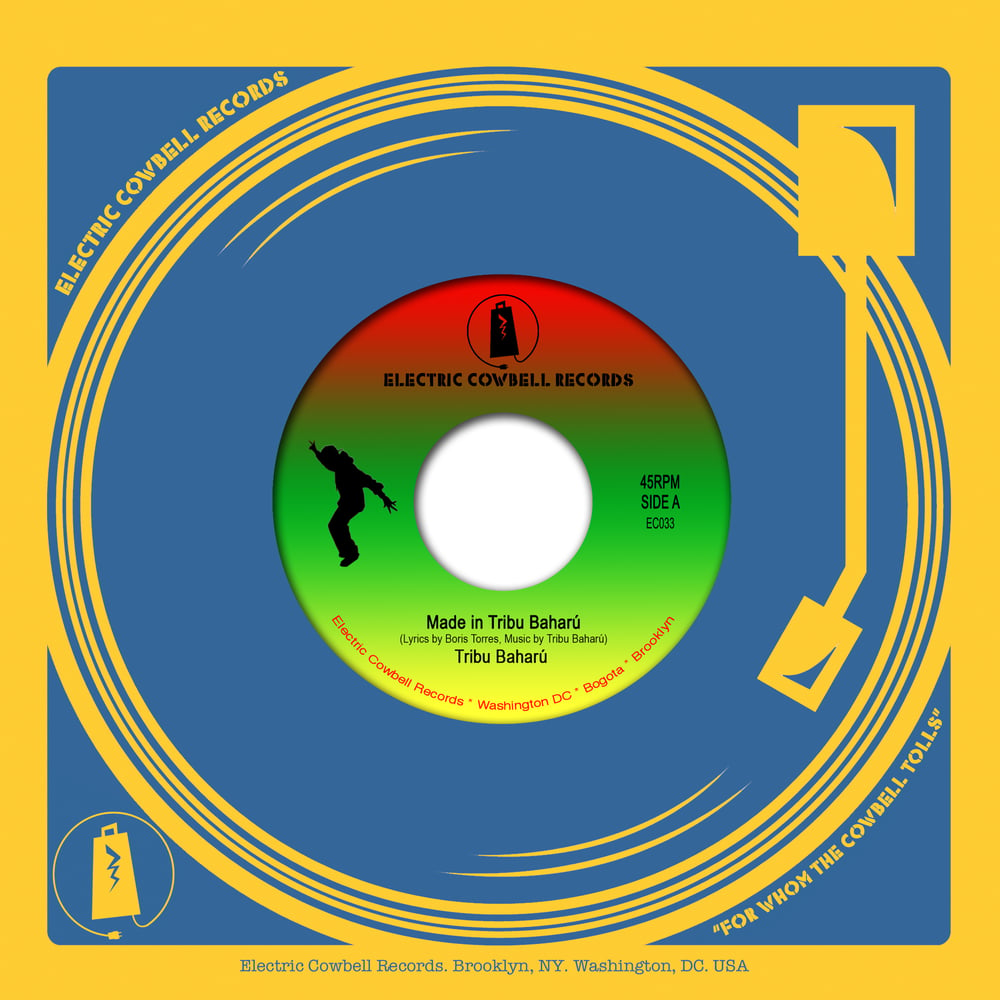 Tribu Baharú are Champeta criolla band from Bogotá, Colombia. Recorded in one afternoon session while on a North American tour at the legendary Inner Ear Studios/Bastille studio, renowned for its output of seminal, trailblazing Washington, DC punk bands on Dischord Records like Fugazi and Minor Threat to name a couple. It's been denigrated and damned, boycotted and banned, but it can never be stopped: champeta, the ever evolving, high-energy hybrid of Colombian, African and Afro-Caribbean styles just keeps on coming. And leading a new charge are Tribu Baharú, barrelling out of Bogotá, championing their version of champeta, inspired by the legendary, street-shaking Pico sound-systems of Colombia's Caribbean coast. Sparkling Congolese guitar driven by high-speed bass and drums and the all-animating upfront singers. Champeta was swept away by the ubiquitous Reggaeton in the '90s but Tribu Baharú are part of a wave of nuevas musicas Colombianas based in the capital city who are reestablishing it as a prime force and adding more ingredients to the recipe. Contain traces of soukous, zouk, calypso, mbaqanga, soca, compa Haitiano, rap and ragamuffin. Essential ammunition for the globally-minded DJ.