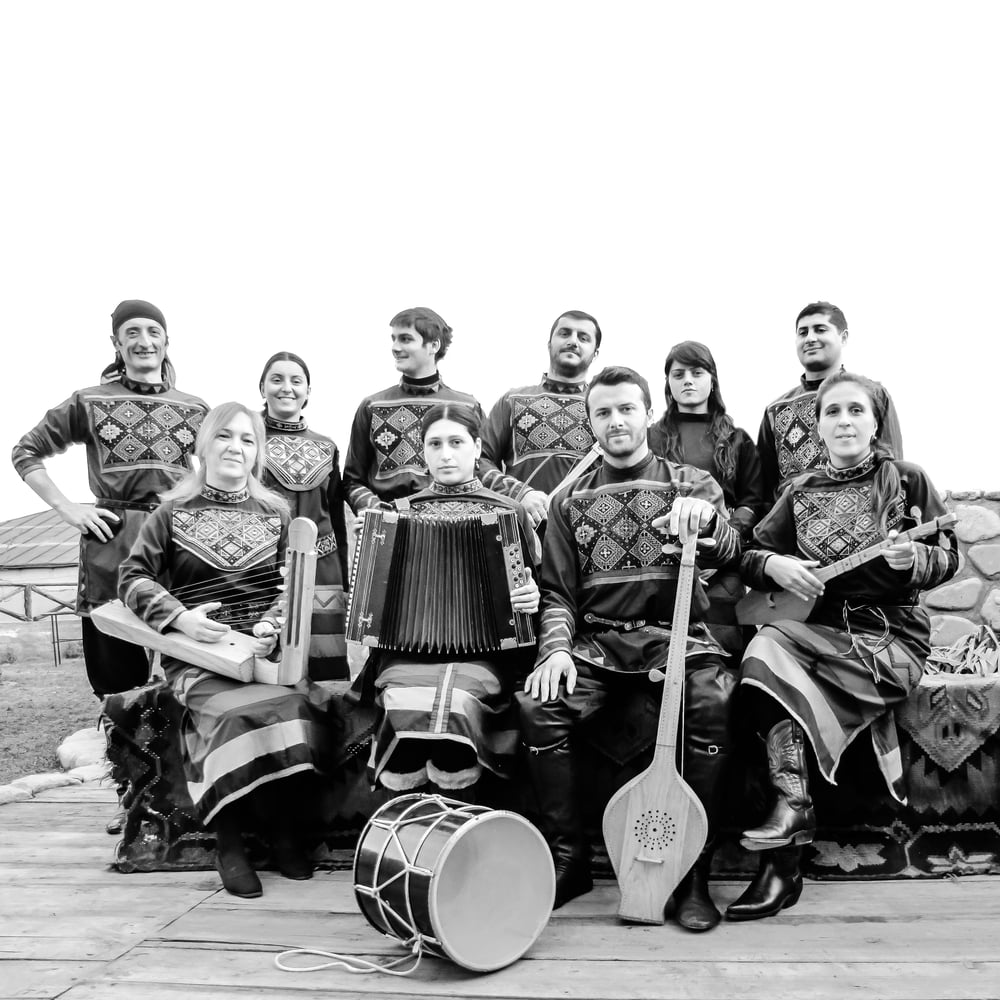 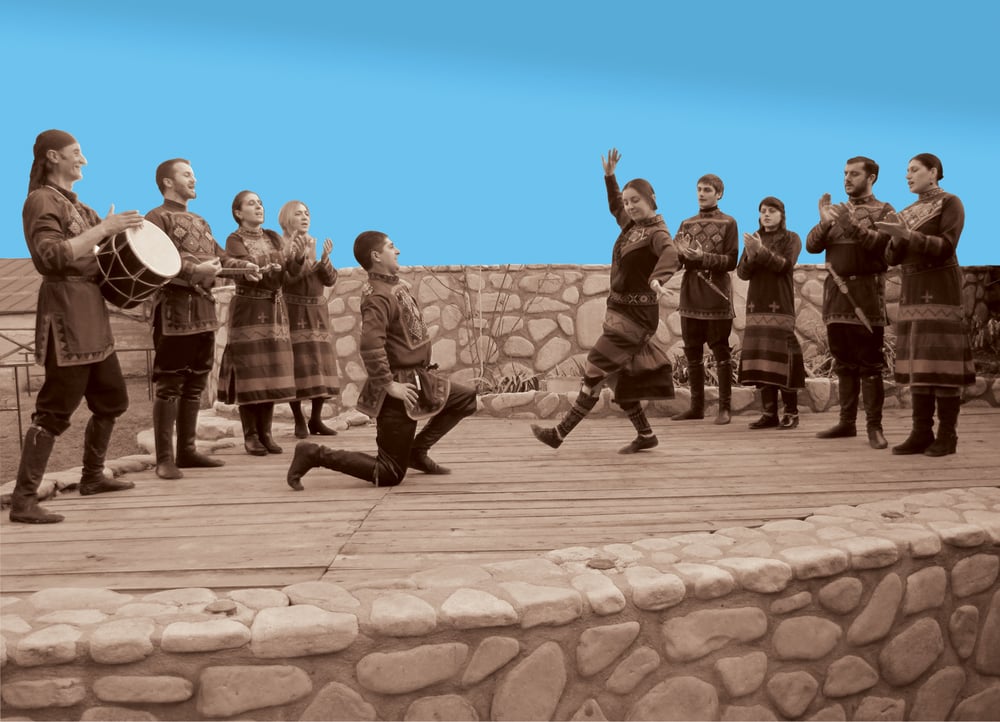 The Zedashe Ensemble is based in the medieval fortress city of Sighnaghi, Eastern Georgia, which has been home to the Kiziqian wine growers and warriors since ancient times. Directed by Ketevan Mindorashvili, the current incarnation of the ensemble was founded in the mid 1990s to sing repertoire largely lost during the Communist era. Their repertoire consists of ancient three-part harmony chants from the Orthodox Christian liturgy, folk songs from the Kiziqian region as collected from village song-masters and old publications, and folk dances from the region.

The group's name is taken from the special earthenware jugs — zedashes — that were buried under the family home for the purpose of making wine. The wine made in zedashes was especially for the veneration of ancestors and the tapping of the zedashe every year carried great ritual significance.